I’m referring to this as ‘street art’ rather than graffiti, as I assume it has been officially sanctioned!

I came across this little character on the outer wall of the Maison de Mandrin, an art gallery in Brioude. He’s printed onto paper and stuck on, rather than painted on the mortar, and as there were other prints posted up nearby, I think they must relate to the current exhibition.

I thought at first that he was a cat, then a fox, but on closer examination he has a label above his head that says ‘wolf’, so I suppose that’s what he must be. 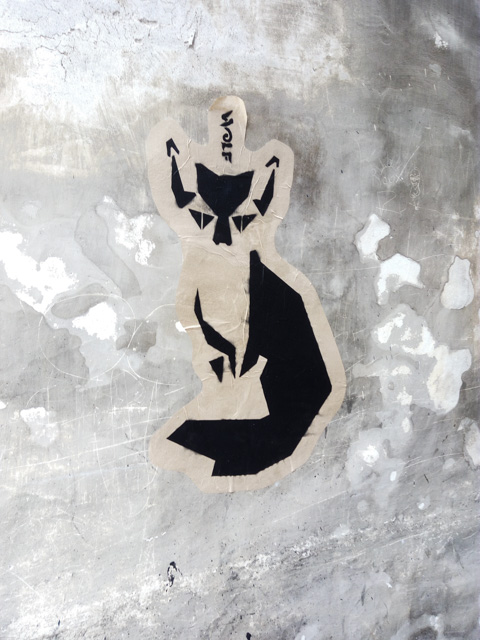 For such a small town, Brioude has a thriving contemporary art scene, which often spills out from the gallery onto the streets and into the shops. You never quite know what you’re going to come across. We’ve seen poems painted on windows, shop dummies dressed in recycled plastic, messages printed onto tags hanging from trees, and now Mr Wolf lurking down an alley. It certainly enlivens a rather pedestrian trip to the post office.