If you’re a regular visitor to my blog, you’ll have noticed that each Monday, I’m sharing a piece of poetry, illustrated by a (hopefully) relevant photograph. My plan is to do this each week throughout 2015. When I decided on the enterprise, I rather blithely thought that there are only 52 weeks in the year, so that’s 52 photographs and pieces of poetry. I have a lot of poetry in my head, from complete poems, to odd snatches and single lines. And I take a lot of photographs. How hard can it be?

Well, I’m just about three months in, and I’m discovering that it’s slightly more difficult than I initially assumed.

I’ve been reading and listening to poetry since I was in my teens, and a glance at my book shelves confirms that during that period I bought volumes by John Donne, Thomas Hardy, Ted Hughes, Philip Larkin, Sylvia Plath, WH Auden, Wilfred Owen, Rupert Brooke and WB Yeats, amongst others. Some would have been for school or university, but others were just because I liked the poems.

By far the most battered and well thumbed is, predictably enough, a copy of the Faber Book of Love Poems edited by Geoffrey Grigson, which I apparently acquired in July 1986 for the sum of £3.95 (those were the days). 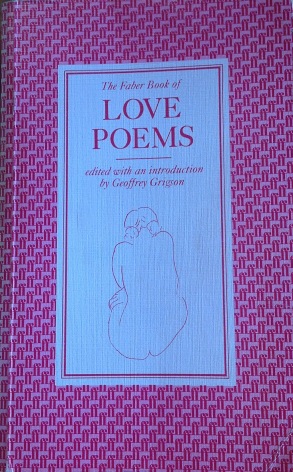 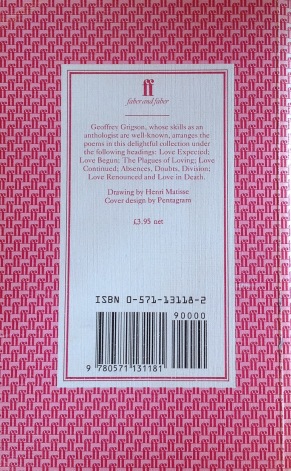 In addition to  filling my teenage head with hopelessly unrealistic romantic expectations, this collection did have the positive effect of leading me to read and explore poetry more widely, and to discover poets who later became favourites. The cracked spine naturally falls open on pages which feature lines from Trilogy for X by Louis MacNiece, and River Roses by DH Lawrence, which I clearly returned to often, and I subsequently bought collections by both poets.

So, The poems per se are not a problem. The difficulty is matching them with an image. It turns out that many of the poems that run around my head are fairly abstract, and not really rooted in any visual reality. Others are just the opposite, being very firmly set in a specific time and place.

My idea was that I would start with the poem, and find or create an appropriate image, and this is mostly what I have ended up doing so far, with just a couple of exceptions. For instance, I knew I had a photograph of carnival masks in a shop window in Venice, and could vaguely remember some lines about wearing a mask. Whilst searching online, I found the incredible poem Carnival by Rebecca Lindenberg, which was completely new to me, and was perfect for the photograph. Serendipity is a great thing sometimes. The post Seaside started with the photograph, and I tried it with three or four other poems, none of which were quite right, before settling on an extract from Rupert Brooke’s poem of the same name.

I think it’s fair to say that I’m finding it a challenge, but not a chore. I’m managing to keep a couple of weeks ahead of myself, and I haven’t yet been sat there on a Sunday evening with  nothing written, a feeling of impending doom hanging over me, and the theme tune to That’s Life! running through my head*.

It’s encouraging me to read more poetry than I have for years, and to really think about what I’m reading, which has to be a good thing. I’m also hoping that, in turn, it’ll prompt some more purposeful photography. So, I will definitely continue with my self-imposed task, and I’m pretty much committed to making it through to the last Monday in 2015, if only because I already have the perfect photograph to pair with Christina Rossetti’s In The Bleak Midwinter.

* If you’re not familiar with That’s Life! (and yes, the exclamation mark was part of the title), it was a fairly terrible magazine programme on the BBC, hosted by Esther Ranzten. It was a bizarre and seemingly random mix of consumer affairs, quite serious issues, talking dogs, comedy songs by Richard Stilgoe, and vegetables shaped like genitalia. It aired on a Sunday evening, and its theme tune heralded the official end of the weekend. If you hadn’t done your homework by then, it wasn’t realistically going to happen. To this day, I only have to hear the opening bars to be overwhelmed by feelings of dread and hopelessness.

One thought on “reflections on monday verse” 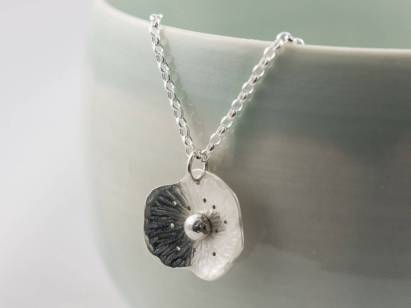 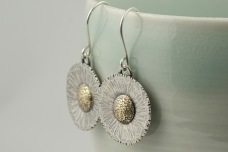 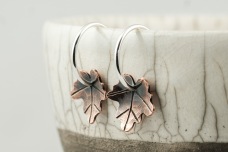 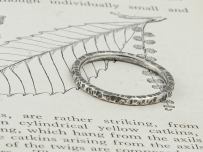 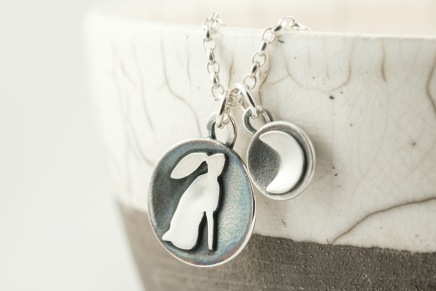 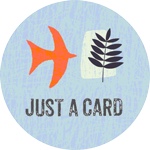